ATV vs. Dirt Bike: Pros and Cons of Both Off-Road Rides

What is a dirt bike’s purpose, and what is an ATV’s?

Answer these questions before you hit the dirt bike or ATV mud trails.

For those who don’t already know, off-roading is 100% its own sports class, and if you want to get down and dirty the right way, you need an off-roading vehicle that’s up to snuff. But when it’s time to choose the best ride, which factors help us decide between a dirt bike and an ATV? 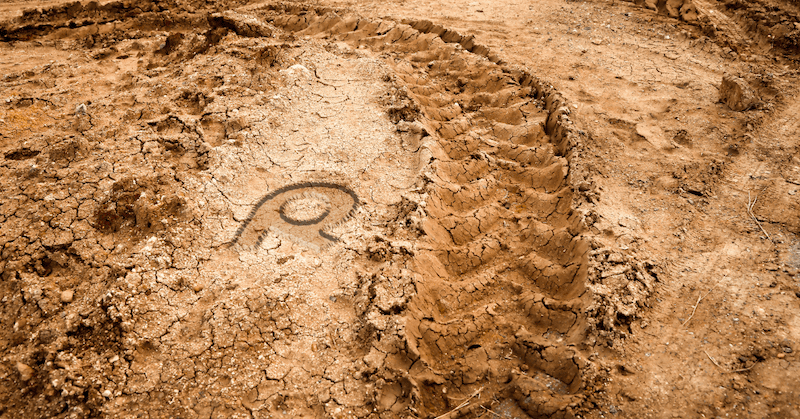 Trade four-wheelers and dirt bikes the new and easy way!

Quench your thirst for adventure with an ATV or dirt bike trade-in from RumbleOn’s inventory of used powersports. Buy dirt bikes and ATVs right now, and we’ll handle all the paperwork!

Basically, it all boils down to personal preference, which is not exactly groundbreaking news. Many seasoned off-roaders with thrill-seeking personalities tend to gravitate towards dirt bikes, while riders who enjoy more leisurely “strolls,” if you will, through uncharted territory prefer ATVs. In my experience, both vehicles have their perks, but don’t get hasty and commit to one before you’ve done your research.

Fortunately, you don’t have to do too much digging because I’ve compiled some bullet points of ATV/Dirt Bike pros and cons to guide you in your decision-making. Let’s get started.

Dirt bikes are smaller and easier to maintain than ATVs.

On average, a dirt bike weighs less than 200 pounds, so transport is a breeze. Plus, with only two wheels and a smaller displacement engine, the time and money it takes to maintain a dirt bike is fairly reasonable.

On the other hand, can you imagine the manpower needed to hoist a 1,000-pound ATV into a trailer? And if things go awry on the trails (i.e. flat tires, busted axles, damaged skid plates, etc.), you better be prepared to shell out the bucks required to fix ‘er up.

Since dirt bikes are the “wild child” of the off-roading clan, they are more prone to crashing. Motocross riders are especially prone to injury considering how many hours they spend on the track finessing their MX tricks. 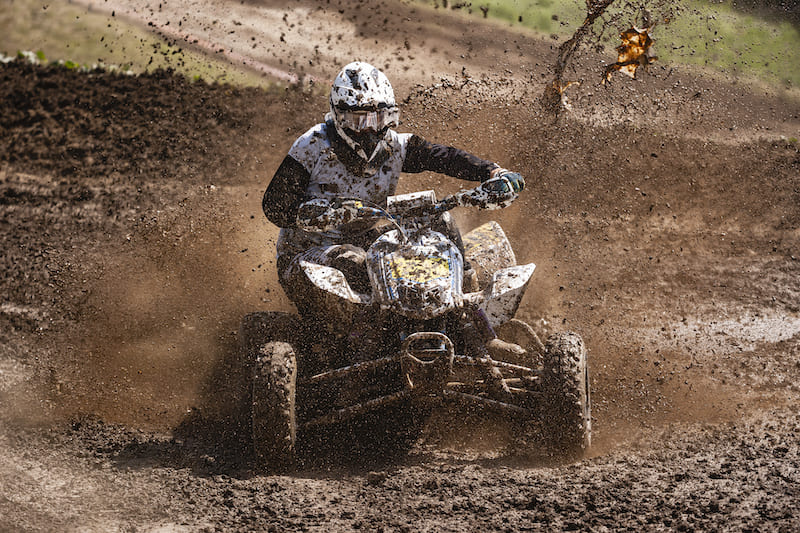 While an ATV’s stability can sometimes lead to a false sense of security in riders, crash stats are far more favorable for riders of this type of vehicle. Of course, you can always adjust the suspension on your dirt bike to compensate for rougher trails, but ATVs are better equipped for the rough and tumble.

Dirt bikes are cheaper than ATVs.

According to a price comparison done by DirtBikePlanet.com, the majority of new ATVs cost nearly twice as much as new dirt bikes by the same brand; and, the same holds true when you buy used ATVs versus used dirt bikes.

The learning curve is easier on an ATV than on a dirt bike.

If you have 5-10 minutes to spare, that’s essentially all the time you need to learn the basics of how to ride an ATV. Many ATV brands offer automatic transmission, while dirt bikes are exclusively operated by a clutch-and-throttle system (if you aren’t familiar with this system, it’ll take some getting used to).

And if Motocross is in your future, count on spending ample time developing and fine-tuning your dirt bike skills on the track.

Dirt bikes can fit on any of the best off-roading trails, ATVs not so much.

The best dirt bike trails are narrow, so riding single-file is a must; this is a piece of cake on a dirt bike. All-terrain vehicles, however, are bulky sons of guns. Depending on your ATV model preference (sport or utility), you may not be able to hit all the prime off-roading spots because the frame just won’t allow it (even the more compact ATV models will struggle). 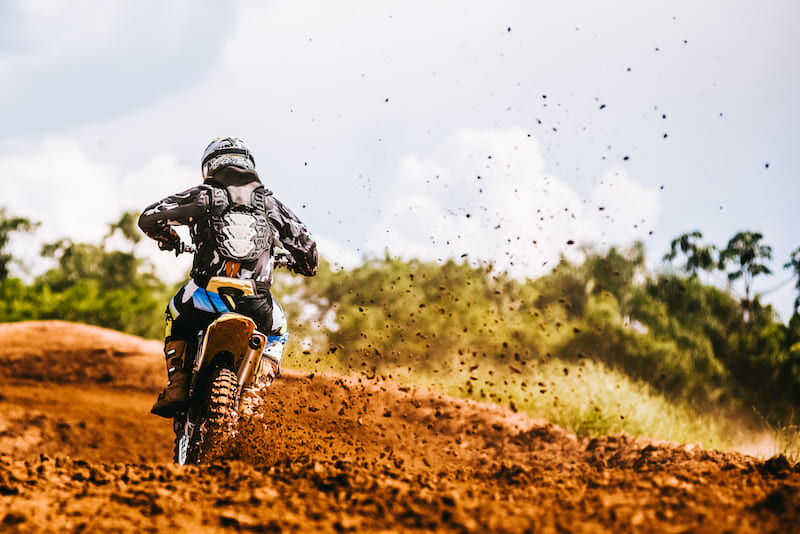 I’m sure the top ATV brands are working hard on a solution, but, for now, it’s a tight squeeze.

ATVs don’t have an off-season, dirt bikes do.

Snowfall is a deathtrap for dirt bikes, but it’s mere child’s play to an ATV, which has not two, but four wheels that can grip just about anything, in addition to 4WD capabilities and skid plates that protect the vehicle from debris hiding under the snow.

Sure, harsher weather conditions will likely deter any ‘sane’ ATV rider from trail riding, but that’s not to say they can’t enjoy the great outdoors on their quads if they really wanted to. Dirt bike riders, you’ve been warned.

So, you see, deciding whether a dirt bike or an ATV is the better option for you isn’t as clear-cut as one might think. Which vehicle will accompany you on the trails this riding season? That’s for you to decide.

Have these pros and cons swayed you to consider a dirt bike trade for ATVs, or the other way around? Let me know in a comment!

Trade an ATV online right now! Keep the cash or use it towards a trade-in.

Want to experience freedom? First, get a free cash offer from RumbleOn. Then, shop our online selection of used powersports or keep the money to spend as you please. When I decided to trade my ATV, I was blown away by the quality of used vehicles I could choose from, but I also never felt pressured to spend my cash offer, either. Enjoy the freedom of choice when you buy used ATVs, dirt bikes, and more with your trade-in value today.