The Key Differences Between Off-Road and Adventure Motorcycles

Difference between off-road and adventure: How to tell which bike is right for you

Life is full of difficult decisions to make. Where should you live? What job is best for you? Do you like this house or the one you saw earlier? That same difficulty of making a decision also applies to deciding what kind of motorcycle you want. For some, it’s easy! You want to ride across America. and travel state by state? A bike from the touring family is going to be your choice. But sometimes you’re not exactly sure what you want, and that can lead to difficulties.

Sell or trade in an off-road vehicle the easy way, get your free cash offer.

Sell an ATV or trade in dirt bikes the easy way. Get a free cash offer for your off-road vehicle!

Two of the hardest bike families to decide and differentiate? Off-road bikes and adventure bikes. If you find yourself in this predicament, I understand your pain, because it involves some research. While most motorcycle families are cousins that belong within the same family tree (you know, the motorcycle tree) off-road and adventure bikes are siblings that are directly related. That means that, while there are plenty of differences between the two, the similarities are also equally obvious.

So with that, to make your decision easier, here are some of the critical differences between an off-road and adventure bike:

They excel in different areas:

While adventure bikes DO have the capability of being taken off the pavement and ridden on trails, that’s not their forte. If you’re looking for a bike to get down and dirty and take the road less traveled, an off-road option is going to be your pick. 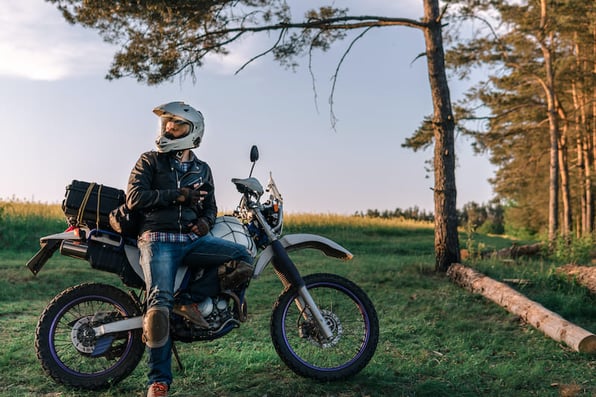 If you think that you’ll be sticking to pavement more than hitting the trails, you’ll want to gravitate towards an adventure bike. Plus, there’s the consideration of legality involved. You can technically take your adventure bike into the woods, but most off-road motorcycles aren’t street legal. That means that if you wanted to ride them on the road, odds are you can’t, so keep that in mind when making your decision.

One is light weight:

It takes just visually comparing the two to know which one is a little on the heavier side. Most off-road options will consistently come in weighing less than adventure bikes, and that’s because of their roots and foundation.  The off-road options are meant to be able to easily navigate through rough through rough terrain, and the more massive a bike is, the more difficult that navigation becomes. However, the weight of an adventure bike makes it more stable on the road. So, yet again, it comes down to what you want the bike’s function to be. 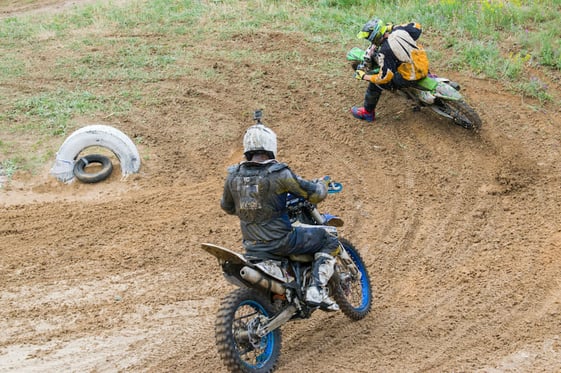 While not all adventure bikes have windscreens, some do and allow for you to attach them. A windscreen helps with how the bike rides and the stability behind it, especially at high speeds on pavement. However, off-road bikes hardly ever have windscreens on them. It’s just not a thing they’re known for, and if you’re riding at high speeds, that can impact the way it rides.

When it comes to how long you can ride, adventure bikes will typically trump most models of off-road motorcycles. They come with a larger gas tank, and that makes for a longer duration of riding. Off-road bikes usually come with a small gas tank, because anything more extensive than that will weigh it down. Some off-road options come with gas tanks as little as 2.5 gallons, which typically means you can’t travel for very far without having to fill up. So take that into consideration.

There are plenty of adventure bikes out there that actually look like they could give some touring models a run for their money regarding luggage space. Most adventure bikes will offer the ability to customize a luggage rack, which is a bonus. As you can image, that’s not a thing for off-road, because it’s not necessary. You don’t ride an off-road motorcycle to travel a long distance (and most would argue the same for adventure bikes). You ride an off-road to experience the outdoors and trails that are available to you. So, if having luggage capability is a huge deal to you, off-road motorcycles won’t be an option.Because, yet again, they’re not even street legal. 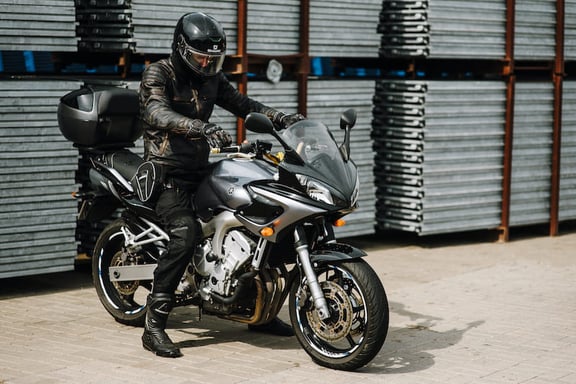 When it comes down to it, the big difference is whether you’ll want the capability of riding on the road. If you do, at that point, off-road is just out of the question. However, if you don’t care about riding on the road and want to ride on trails, that’s when the decision process is a bit more tricky. You’ll have to weigh the pros and cons yourself. Either way, you’ll be sure to ride hard!

Trade anything for an off-road vehicle online, get your free cash offer!

Want to trade for an adventure motorcycle or dirt bike? Use your cash offer as a trade in value!