The Most Expensive Off Road Motorcycles

The Most Expensive Off-Road Motorcycles

Sometimes, expensive bikes will look more like intricate art pieces that belong  in a museum rather than the road, and this doesn’t just go for traditional motorcycles. There are off-road motorcycle prices that will also have you cringing at the price tag, and some of the brand names might actually surprise you if the look themselves don’t.

Here are the top two most expensive off-road motorcycles:

Trade in or sell a vehicle the easy way, get your free cash offer.

Sell an ATV or trade in dirt bikes the easy way online. Get your free cash offer! 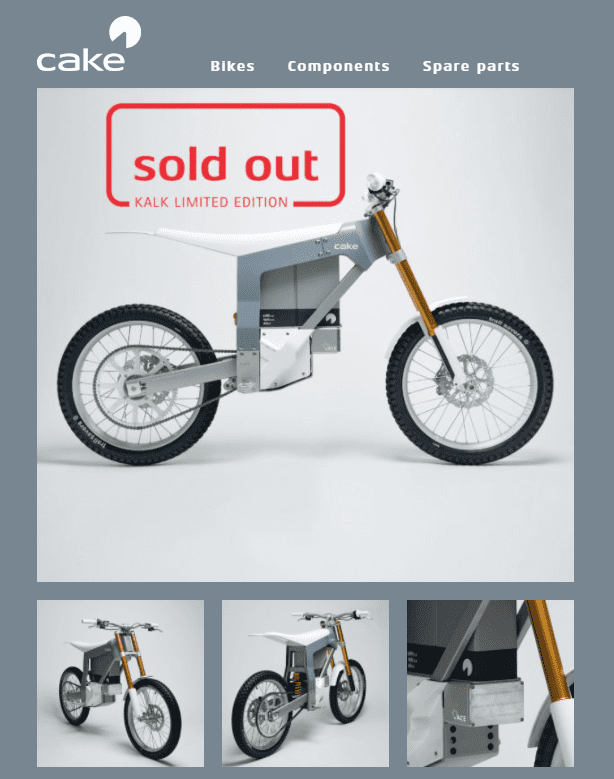 I know, it seems impossible that this bike could even be remotely comfortable to ride. Especially off-road riding. I mean, you’re not exactly riding on a nice, flat road. It kind of makes you wonder what they were thinking. I'm also  confused about the looks of this bike. It doesn’t look like a traditional dual-sport, and it doesn’t look anything like a traditional off-roader, either. It just looks like a really fancy, overdone bike. So what gives?

The bike was created by a company in Sweden (which speaks volumes to its simplicity. Thanks, IKEA!) who goes by the name of "Cake." Yeah, I'm not exactly sure about the company name, either. Instead of evoking feelings of adventure, it just makes me hungry. But maybe it was a name that was lost in translation?

If it wasn’t obvious already, this is an electric off-road bike as well, so that should help to give some insight on what exactly they’re striving for. It was all designed in-house, right down to the tires, so I’ll give them credit. I mean, I'm sure it was pretty difficult to make this become a reality, but I'm kind of...unimpressed. Don't get me wrong, I enjoy some simplicity as much as the next guy, but this just seems a bit too much.

Oh, and get this. The price for this bike? $14,000. Too steep for such an unknown brand. Especially when you can buy a kickass KTM for much lower.

This is the surprise I was talking about because this would take most off-guard. Harley, as in the Harley that we associate with beastly engines, huge touring motorcycles, and American pride, has a dirt bike. And not just that, but one of the most expensive dirt bikes. Now, apparently a U.S MT500 is one of the rarest motorcycles within the Harley-Davidson family, but that’s likely because of its history. Let me explain:

This bike was first created by an Italian company called SWM Motor Works. They used an Austrian engine called a "rotax," which ended up becoming something Harley reaaaally wanted. In 1984, Armstrong of Bolton, England bought the company and created their own version of the motorcycle to be used by the British Army. But once 1989 hit, Harley finally took the plunge and bought out Armstrong for the sole reason of getting their hands on the rights to the Rotax engine. Since these engines were created with the military in mind, the off road tires and build of this bike could handle bumpy, dirt roads and all kinds of weather like nobody's business.

However, as a complete and inconvenient surprise, the Rotax ended up not working out for the Army, considering how the engine heat easily picked up on enemy Infrared Cameras. Thus became the end of the Rotax, their shining glory ended, and not too many remain.

While these prices might be a little steep for off-road motorcycles, RumbleOn has the best inventory for used motorcycles for sale online. Whether you’re looking to sell my motorcycle, or buy motorcycle right off the bat, we promise we don’t stick our bikes with prices tags as steep as these ones!

Comment down below and let us know which bike you're rather have!

Sell or trade a vehicle the easy way, get your free cash offer.