As the ATV world becomes more and more competitive by the minute, it’s forcing established brands and companies to give their vehicles all they’ve got. There are continuously stronger, faster, cheaper, and better vehicles to replace their competition, and the market is showing no mercy. So, when established companies like Yamaha grace us with bigger and better options, it feels like waking up on Christmas morning with a ton of presents waiting under the tree.

Sell an ATV or trade in dirt bikes the easy way online. Get your free cash offer!

Here’s why, and also what you can expect with this trail monster.

While the Kodiak has a similar power to what you see from the Big Grizzly, it still manages to excel over it. It’s an incredibly smooth ride, which is essential when you’re already struggling to deal with the bumps and sharp turns on the trails. It’s easier to handle, and it reacts quicker and more effective than competing options like Honda or Suzuki. That’s important because it makes for a more easily manipulated ride that doesn’t demand as much upper body strength and energy from you. And anything that can manage to keep you on the trail longer is a winner in any book.

The clutch is as easy to handle as you could hope, and you won’t struggle with any jerking. Yamaha really considered what to put into this ride to make it easier for everyone to handle, whether you’re a seasoned ATV pro or a new rider. The dashboard is simplistic and gives you all the information you could want, all without being too overwhelming. You don’t ride an ATV to be distracted by electronics and gadgets. You ride an ATV to escape from a mundane reality and just ride. 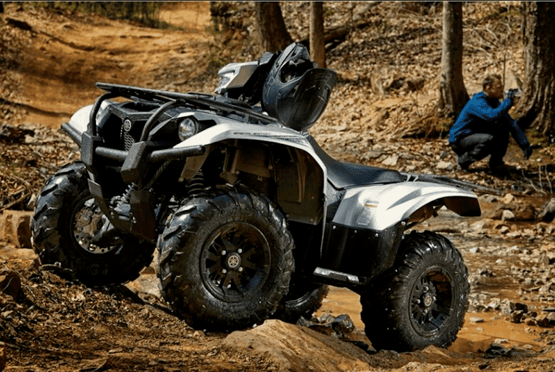 If you’re hoping to explore the most intense of trails, it would be beneficial to go with the SE model. That way, you get the diff lock option, which will help to make the ride even more of a breeze. It’s a slight negative on this ride, but considering that’s one of the only things that seem to come up, it should go to show how solid of an ATV this option actually is.

It’s decked with cast aluminum wheels, which aren’t just focused on the visual appeal, but also the function. It comes standard in a blue color, which is refreshing, considering so many ATV options are typically a standard black or red. Sure, it’s a small consideration, but little things end up adding up. It has a 686cc liquid-cooled SOHC 4-stroke engine, and just taking one ride on this thing goes to show how great it is. It has a pretty average seat height of 33.9 inches, and that means that anyone can enjoy a ride on this thing. 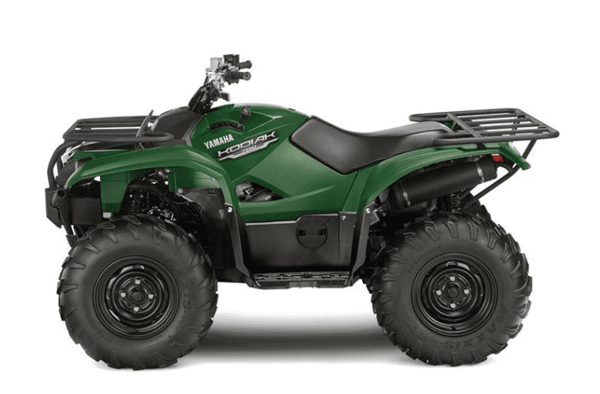 It’s versatile for all levels of riding, and that’s an A+ in my book. Fuel capacity is reliable at a 4.8 gallon, so you shouldn’t have to be constantly worrying about filling the bike up. Virtually nothing will get in the way of enjoying a ride on this thing. It has a killer suspension that gives it even more ground clearance so that variety of trails this can handle is practically endless. Power steering, all-wheel engine braking, and full-body skid plates make for a competitive ride.

The real highlight of this ride? The price. Sure, it’s not the cheapest option, but for everything you get out of it, it’s a price that comes in at the low-end: $9,299 brand new, pending whatever additional things and adjustments you want to throw its way. That’s a price that showcases how competitive the market is becoming, which means there’s potential for even better rides being thrown at us. But, for now, the 2018 Yamaha Kodiak 700 is a real winner.

Trade an ATV or sell a dirt bike the easy way, it's all online!