The Rarest Off Road Bike of All Time

As a society, we like rare things. It typically doesn’t even matter what those things are; we just like the concept of something being hard to get a hold of. It’s interesting to see something and think, “wow, there’s only so many of those in the world.” It’s even more interesting when you know someone that has a hold of something rare. I’m fascinated with things that are unique because it showcases this idea of creativity and exclusiveness.

Trade in or sell a dirt bike the easy way, get your free cash offer.

There are rare cars, dog breeds, instruments, and even glassware. And while those things are interesting-especially, the dogs-they don’t hit that “rarity” fix that you’re looking for. The one thing that really does? The thing with an engine, two wheels, and a promise of  freedom. I might be biased as a rider, but rare motorcycles are really the thing that gets me going. And, sometimes, bikes are only rare because they were totally intended to be that way. It doesn’t necessarily mean it’s a superior bike, or model. It might just mean that there were only a couple made, and that still makes it interesting enough.

Curious? Take a look and see for yourself!

So, some people probably aren’t going to be too thrilled with the idea of a Suzuki being the topic of conversation, however, Suzuki has always had a stronghold in the motocross market. So, it really should be no surprise that one of the rarest off-road options come from this brand!

What really makes this bike so rare and special is the fact that it’s the first Japanese motocross bike ever made. It started a ripple effect for other brands and gave them the ability to reign supreme in the off road sector.  When a motorcycle can manage to achieve that, you know it’s something special. This bike was created from the partnership of two engineers, a road racer, and Europe as their landscape of testing.

While the single-cylinder engine design wasn’t necessarily as impressive as some of its competitors, it could hold its own and proved to be a solid ride. What really gave it the “rare” title was the fact that only 100 of these things were created, and 65 of those were sent to America. While motorcycle production sports higher numbers now, motorcycle companies were still able to spit out a much larger quantity than that. This choice was just that, a choice. It wasn’t that Suzuki couldn’t produce a large number of bikes, it’s that they didn’t want to. They wanted to keep this option as an exclusive choice that was hard to get your hands on.

When those 65 bikes were shipped off to the States, it was used in races by riders like Walt Axthelm, Preston Petty, and Gary Conrad. It saw success in races, too, which is why it has now become number one collected motocross and off-road bike in America. And, because there was only 65 originally in this country, the bike is hard to get a hold of. 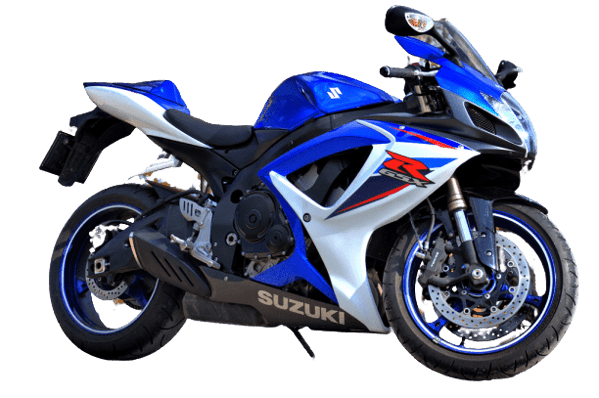 While it might not sport the same insane price that other bikes do, that’s mainly because it’s a motocross bike. These bikes are notoriously cheaper than traditional motorcycles, and that’s because there’s just not as much put into them. However, the price of this bike is still high, especially when you consider that it’s in the off-road family. It’s predicted that, within the next few years, one of these babies will be worth $100,000 each.

Now, I suggest saving that money and using it to buy a new and improved off-road option. However, you can still enjoy the rarity that this bike showcases, and you don’t have to buy it to show your appreciation for it.

I’m happy to live in a world that gives me a whole different variety of motorcycle options. And while you might not ride or favor some of these less traditional options, you can still appreciate anything with some hardcore tires that kick up some mud.

Looking to buy a used dirt bike or ATV?